“ Michelle captured everyone’s attention as soon as she stepped onto the stage"’ – Manila Bulletin, Jan 2020

“Never before in Wesel has a vociferous young woman from Singapore rocked, even with all the live-water washed entertainer, songwriter and pianist, named Michelle SgP” – Rheinische Post, July 2018

“..she also played keyboard like Roger Fisher did in the Miami Sound Machine, and she also sang in a voice that sounded different in each piece - Grace Jones, Etta James, Janis Joplin, Annie Lennox or Al Jarreau. She juggled with her vocal chords, sang, roared, gargled and growled.” - Süderländer Volksfreund, May 2019

"Michelle’s brand of jazz is much more stripped down, refined and palatable than the jazz classics by Nat King Cole and Louis Armstrong…Unafraid to show vulnerability in her skilful song-writing, Michelle sings with a heart-stirring pain that shines through." – ROMP Magazine by Joseph Murray, Dec 2012

“Michelle is an excellent entertainer vocalist with a style of her own.”, Ruby Wilson - Memphis, USA, Blues and R/B Artiste 'Queen of Memphis

“Michelle is one of those rare individuals whose sound reflects her personality. She breathes life into her melodies with the same radiance and joy she lives. Her deep understanding of the blues, soul music and jazz gives her an unlimited amount of diversity and creativity.”- Marcus Printup (Wynton Marsalis Orchestra) - New York, USA, Recording Artist and Educator 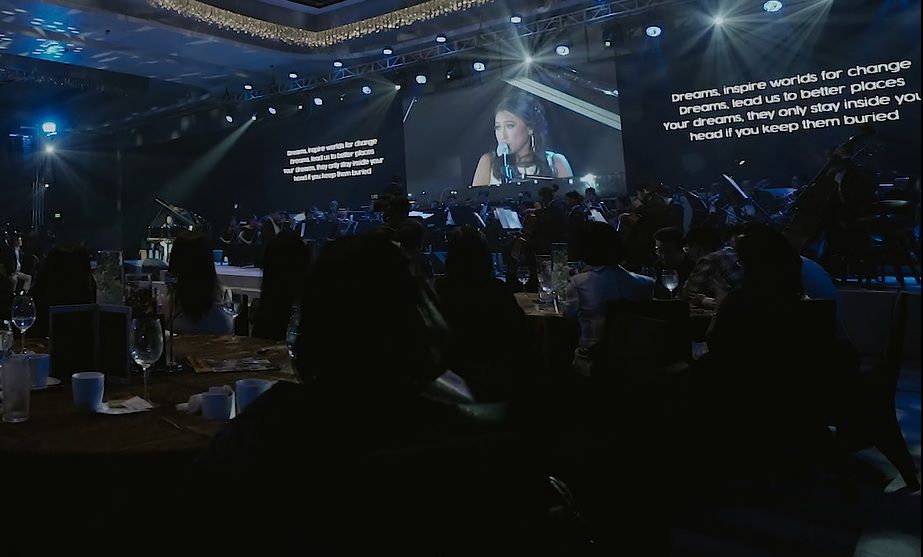 Michelle is an independent music artiste from Singapore (Asia) with a soulful and trailblazing dynamic, and a unique ability to assimilate the various sounds & voices of people and musicians she meets, with soul jazz blues as a common thread. Her effortless improvisational skills and showmanship made her a popular artiste.

Soon after the release of her debut album ‘Multiplicity’, Michelle was nominated “Overall Best Female Artiste” at VIMA Music Awards in Asia. She was also nominated for “Best Genre-Bender Award”, and made it to a global listing on Unsigned Only 2018, the only Singaporean and rare Asian artiste amongst artistes predominantly from North/South America, Europe, Australia, with 3 categories listed “Adult Contemporary Alternative”, “Singer-Songwriter” & “Screenshot”. Since its launch in January 2018, Multiplicity has since made its rounds in shows in Italy (Milan, Rome, Bologna), Germany, Philippines (Manila), Vietnam (DaLat, Ho Chi Minh), Thailand (Phuket), France (Paris), Finland (Helsinki).

Multiplicity marks the essence of Michelle’s music, that is, beauty in diversity and global collaboration, with her country of origin as the centrifugal force. Her project Multiplicity - featured tracks involving up to 68 individuals from 10 nationalities, from ages 20s to 70s, in a myriad of genres (soul/funk/blues/jazz/pop/edm/world), filmed and recorded in 6 different cities – Madrid(Spain), Bologna(Italy), Los Angeles(USA), Melbourne(Australia), Phuket(Thailand), Singapore.

Originals ESCAPE filmed in Los Angeles and Singapore, and DREAMS performed live with the Manila Philharmonic Orchestra in Philippines

With a first rate band, and charisma that has charmed people around the world, Michelle turns events into shows. Hailing from a generation with few native music mentors, Michelle found her place with pioneering spirits across the globe bearing a similar international outlook, where she found herself performing with the backing of the Holland’s top sessionists for artistes such as Anouk and Marco Bosato, and recording with Spanish musicians which included Spain’s pioneer for rock-Andulaz flamenco and homegrown talent based in Spain Nantha Kumar.

She also performed "Misty" with Grammy nominated pianist Kenny Werner(Author of Effortless Mastery) at the North Sea Jazz Festival, and was chosen by Michelle Weir (Author of Vocal Improvisation) & Grammy nominated Phil Mattson to demonstrate scat singing at the 2004 International Vocal Festival, Tilburg; which she did alongside Tomaž Kozlevčar, Slovenian conductor & arranger for the world renowned show ensemble Perpetum Jazzile.

Michelle's original music was recognised through recording offers directly from the headquarters of several major recording labels in New York, Los Angeles and Europe.  As music producer, composer, arranger, vocalist, musician, her pre-release original song for Dec 2010 “Free to Fall” showcases her one-woman-band talent. While another of her unreleased songs “Dreams”, was used for Singapore’s participation in Unesco’s - Dreams at 50 project celebrating Martin Luther King’s 50th Anniversary of his “I Have a Dream” Speech. The project united bands and dancers from around the world through a video which also featured artiste as Usher.While her latest single release “Serenity”, co-produced with Grammy associated producer Stephen Laurence Harvey (Al Jarreau, Brenda Russell), was covered in major medias and key radio stations, and received significant Italian reception.

Locally, Michelle had a memorable time performing with Marcus Printup from Lincoln Jazz Orchestra, and sessionists for Harry Connick Junior, where music making took different heights. She held a memorable residency at Barstop on Fridays from 2007- 2009, holding top nights there with her 4 piece band, where she introduced cover reinterpretations of pop and rock into a jazz bar(to initial protests!), which is now commonplace locally. She then embarked on a season of duelling pianos with Stephen Francis, a unique and fun project on Steinways including 30,000 balloons raining on year end's megashow. After which, Michelle performed to her own sell-out show at Singapore’s premier jazz club – the Sultan Jazz Club, and was invited back as guest artiste with Johnny James & his all American band on New Years Eve that same year. Michelle has been featured weekly as solo singer-pianist at Jazz at the Shoppes, as well as Fuse Bar the Marina Bay Sands, a destination developed by Las Vegas Sands ranked Singapore’s most checked-in venue in 2013.

While as vocal coach-mentor, Michelle has worked with breakout names in the scene with active overseas tour schedules such as Eugenia Yip aka Ginny Bloop of Steve Mcqueens (O2 London, Incognito), members of Micappella (Sing-Off China runnerup), and was appointed coach for Kuo Puo's Jazzkids for World Championships of Contemporary Music, Los Angeles USA which then won Singapore's first Gold medals for singing in Hollywood. While as music director for ensembles, she directed Melissa Tham (Emerging Jazz Vocalist of the Year Award 2015), Sara Wee(53A) during their developing years, as well as with Michaela Therese, Alemay Fernandez, Bevlyn Khoo.